Over the Christmas period of 2019, Portugal’s west coast was hit by strong rains that caused lots of flooding along the Mondego river. Many houses and roads were flooded along it. Even the trains were cancelled.

At the mouth of the Mondego river is the city of Figueira da Foz. As the flooded river waters pushed through to the ocean, they collected a vast amount of trees and debris and spread it across the giant beaches of Figueira, Buarcos and Cabadelo.

It’s slowly being cleaned up, however, there is still so much driftwood around. One thing that I have noticed is that people are having a play with this abundance of material.

I have started to notice simple geometric structures and sculptures starting to pop up along the beach and it’s fascinating that it is happening organically. There is a playful conversation happening here.

I built a little shack for fun a month ago with my daughter and it’s still there. The best thing is, people are playing with it and adding things to it.

Here are some of the structures I managed to document a few weeks ago.

The shack in conversation 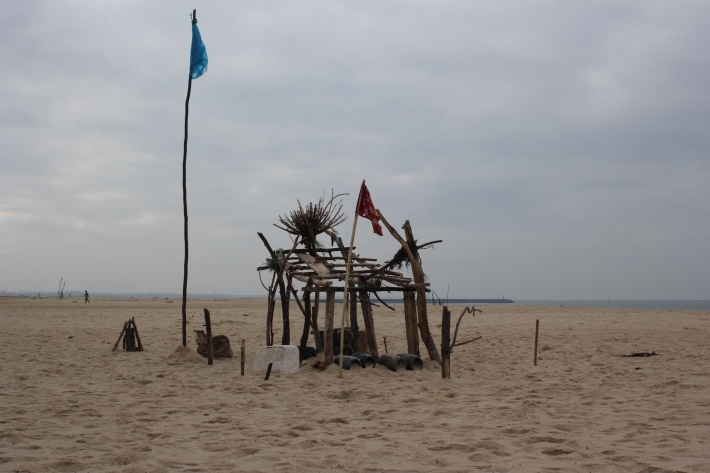 Almost up to building code 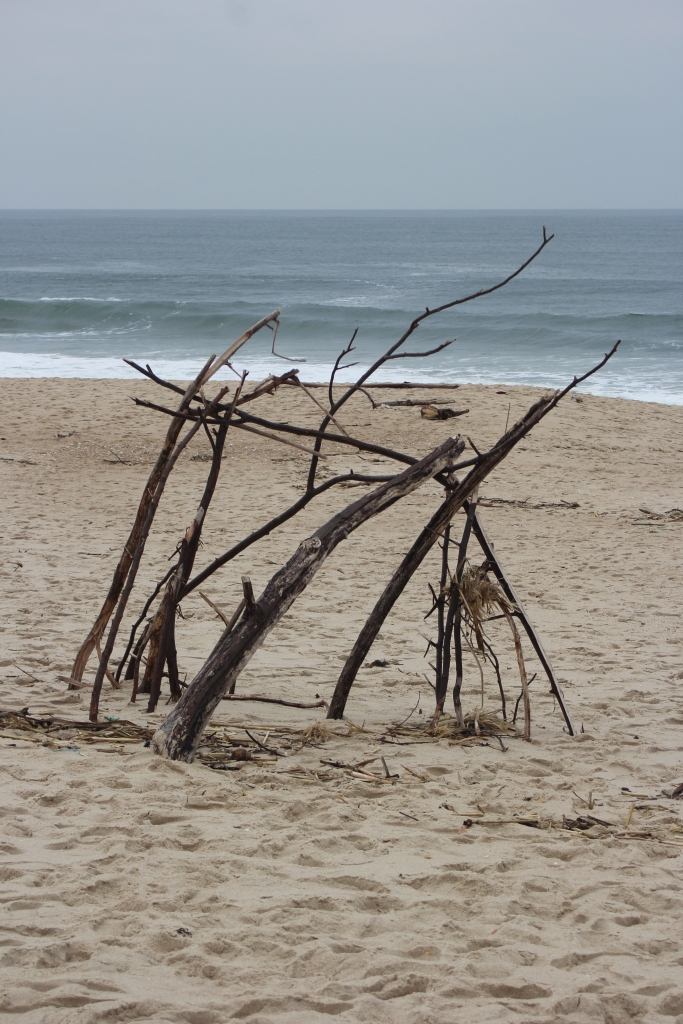 One maybe informs the other

A doorstep to a dream house? 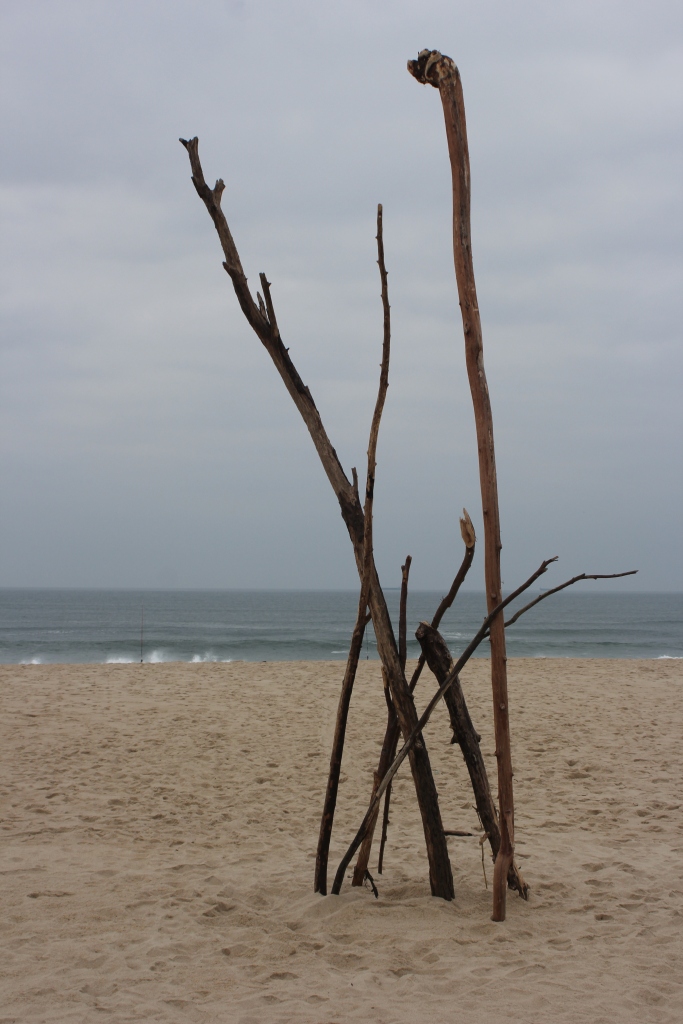 This one makes the most of forked branches.

That’s all for now, I’ll have more of these minute monuments soon.